Ok so it has taken a year since our last blog post and a lot of stuff has happened since...
We released 'Doze', played a lot of nice shows, made some music videos, wrote new songs, etc.

However this is a short post about the fact that since can't afford to tour Europe this time the way we did with our debut album. We're also busy making the third album already, so we're really focused on that at the moment. But we wanted to do something for our international fans...SO...

A couple of our friends run a media class for youngsters and we heard that the students wanted to practice some live video and recording.
So we packed our stuff in a van, drove in the middle of the woods to play a short show for all you lovely people and recorded it then and there.

Download the free ZIP of the whole "show" HERE

Or listen to it here:


And here's the videos for 'Pause' and 'HML'

All the best everyone, we haven't forgotten you (although we kinda forgot about this blog for a while) 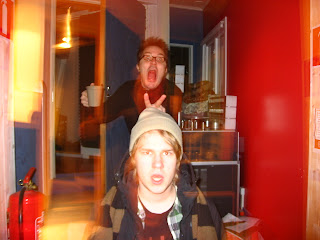 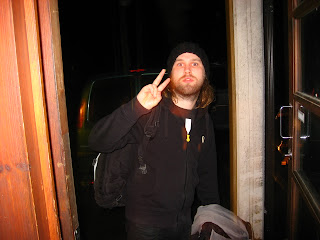 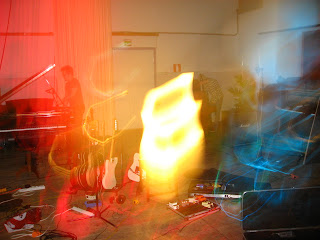 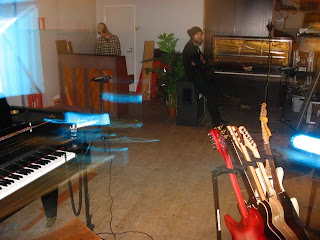 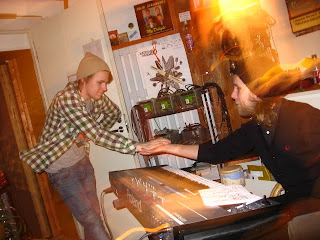 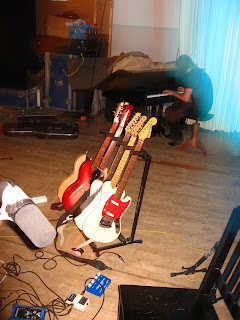 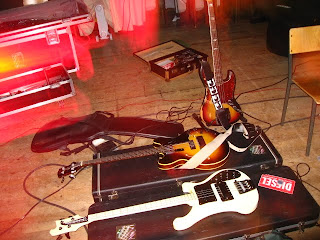 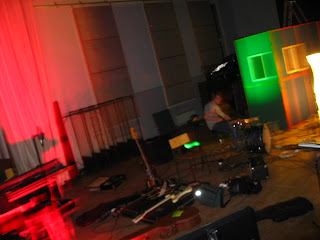 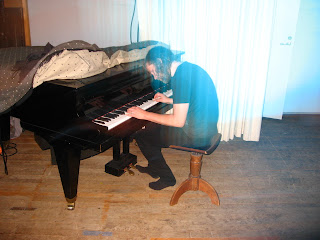 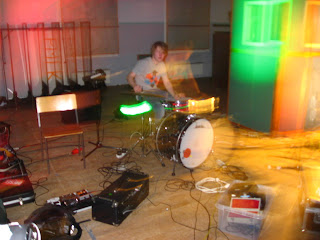 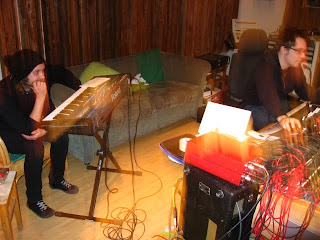 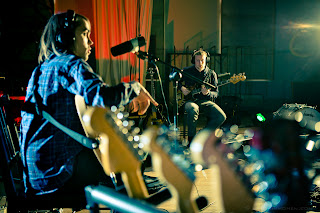 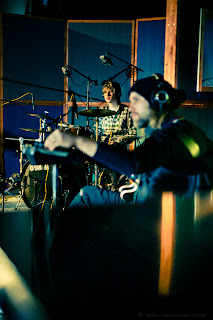 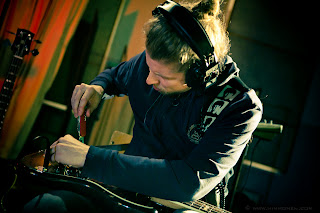 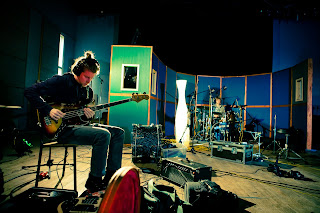 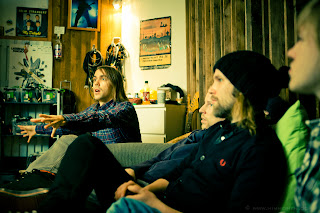 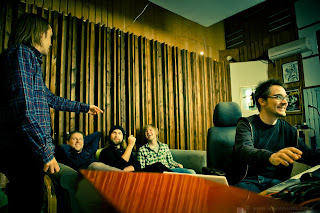 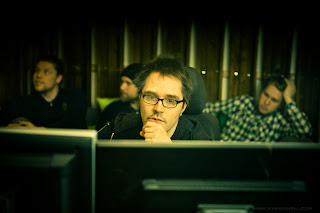 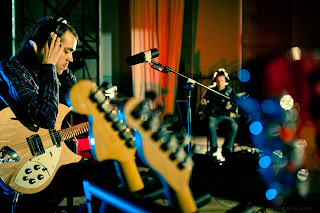 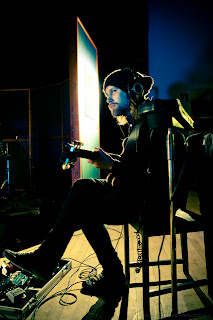 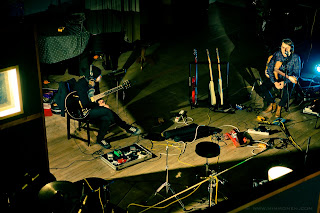 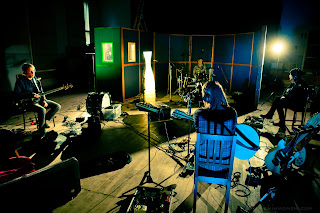 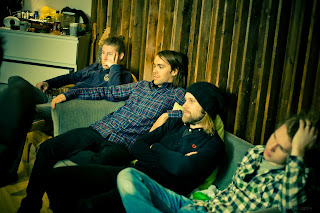 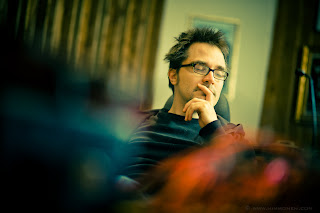 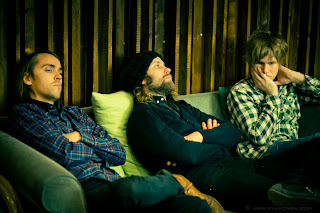 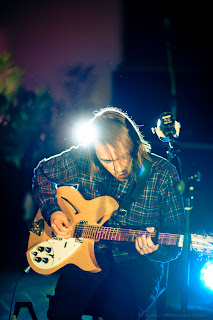 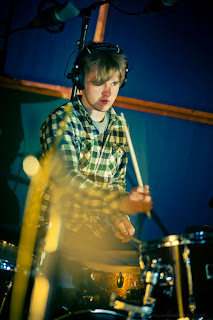 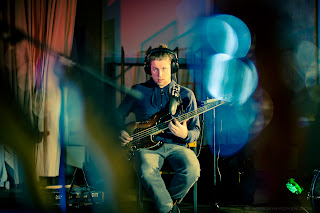 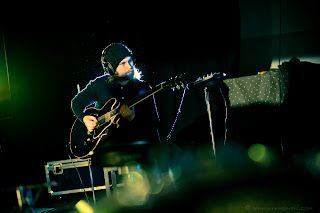 All photos by Matti Immonen
http://mimmonen.com/
Posted by Rami/Delay Trees at 2:05 PM 2 comments:

We got our record released in Central Europe and North America by cool labels.
We got kicked out of a Finnish label that used to be really cool.
We played around 30 awesome shows around Finland, Germany, the Netherlands and Poland.
We met amazing people, played with cool bands, visited beautiful places, stayed up late and played a lot of videogames.

I'd say the high points of the year were touring Germany with I Like Trains.
For example the shows at Gebäude 9 and Gleis 22 were really memorable!

Another high point was when we hit the studio to record 'Before I Go Go EP'. There was no pressure, no big ideas, just the four of us hanging out and playing some songs.
And it turned out quite nicely, didn't it? (Get it HERE for FREE if you don't already have it. )

And I'm pretty sure the next high point will be us hitting the studio next week after Christmas festivities.
We've booked a few days at Mankku-studios and we have around 5-7 songs to record. I'm guessing we'll try to lay down the basic tracks next week and then continue working on the album in late February. We're working with our super talented friend Julius Mauranen on this album too.
Hopefully we can find someone to release the album when the time comes but whatever happens we're going to try and give you a first sample of the new stuff during spring of 2012.

And I was asked to pick my 'Best of 2011' albums and songs for a few blogs, check them out below.

http://stereosubversion.com/top-10-albums-delay-trees
(I totally forgot Low's C'mon, it would be on my TOP10 albums for sure!)
http://www.chaotischundcharmant.com/2011/12/2011-best-for-guests-4.html

We wanna thank our soundguy Eetu for his patience, friendship and for making every show sound great. Thanks Julius for mixing Before I Go Go EP, for the cruise trip to Stockholm and for being excited about the next album, it's gonna be good! Big thanks to Dan & Steph at Friendly Fire Recordings, hopefully we can visit the US soon, you guys are great! Thanks Cargo Records for your support! Thanks to Ossian for booking us many shows and for being a great dude. Thanks to Teemu and James for cool music videos.

And we really wish to thank everyone who came to our shows this year, bought the record, downloaded the EP, listened to our music and got something out of it. Thank you for your support online and offline.

Hopefully next year we can meet more people, visit new places and reach a lot of people with our music.
2011 was good and let's hope that 2012 will be even better for all of us.

We're very sad to announce that we're forced to cancel our showcases at SXSW and Canadian Music Fest in 2012.

The reason is mainly financial.
Just the US-visa payments for a party of four are ridiculously high and since we couldn't get a tour around SXSW, it just doesn't make sense at this point . As you probably know we're unsigned at the moment and quite broke so flying overseas for a few shows sounds a bit crazy for us.

We're sorry to disappoint any American fans, but we'll definitely try to come touring there as soon as it is possible and not a financial suicide.

There's also a lot of other stuff happening in our lives and I guess we have to find the fun in being in the band again. We're focusing on recording some new material with our friend Julius Mauranen in December and we already managed to record some songs in Hämeenlinna with Teemu Vilmunen a few weeks ago.
We're trying to be care free with the new material and not calculate things too much.
So if our record ends up being ½ of punk rock and ½ of instrumental jams, don't panic, it's just us feeling good and enjoying being in the band again.

All the best to everyone and enjoy the holidays!
XOXO